We specialise in storytelling…

Samantha McLeod is a travel and food writer based in Vancouver. Her work has taken her across Asia, the Caribbean, North America, South America, and Africa. She has a curious nature for searching out and documenting new places, spaces and food. ‘Sam’ is also an avid photographer whose work on sustainable, organic and local/seasonal foods has been internationally acclaimed.  Sam does not only promote the merits of ethical clean foods and ethical businesses. She breathes it and helps others live it with her global culinary adventures.

Tess Bacchus is a writer based in Chicago who graduated with a B.A. in History and Philosophy. She also studied American Literature. She was also, briefly, a PhD student where she focused on American politics in African American literature. Tess grew up, and lived until 17, in Guyana. Her write-ups are her experiences and impressions both in South and North America. It covers not only her stories but those of her mother, sister, and various other women life. She grew up as an ‘outside’ child of mixed-race parentage and belonging to no religion. Maria Filippou is a freelance writer based in Athens, GR and Berlin, DE. She recently published her first poetry collection on Amazon KDP and is working on her first fiction novel. Maria grew up in rural Greece, therefore relocating to the capital was enough of a change for her.  Hence, she has been spending her time in the chaotic city of Athens. After many years as a barista and after a brief career as an art curator, she decided to accept her destiny and devote herself in the monastic life of writing. When she is not attending jazz concerts and writing her book, she teaches Spanish, English, Greek, and does yoga. Maria has written under the alias of CAROLINE.

Jennie Orton has been a freelance writer for 12 years in the Vancouver and Calgary area. When not writing adventure fiction about her dog, she covers music, film, travel, and the fruits of the food and beverage scene in Vancouver. She lives downtown with her handsome partner and with the memory of her Pomeranian muse. Tash Bacchus holds a Bachelor’s degree in Women and Gender Studies. She is trained in the areas of ethical research, academic writing, public speaking, and seminar instruction. For the time being, she resides in Vancouver and spends her days-off reading, eating, thinking, and writing. 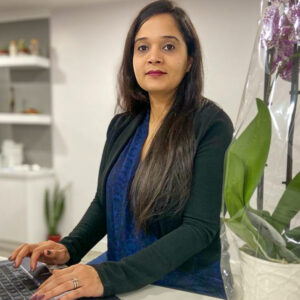 Nasma Safi, based in Surrey, BC,is a freelance web designer & developer with a degree in Computer sciences Nasma provides the highest quality of work; her belief is design is not about deliverables of beautiful pixels but also solving problems, achieving business owners and user goals. The only thing she loves more than designing WordPress websites? Yoga!
“I dig beneath the surface to understand clients on a deeper level so I can bring their vision to life with a modern website design.” 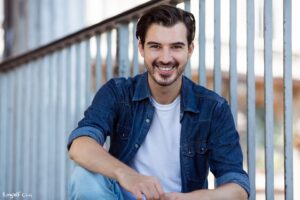 Pierre Garau, describes himself as a 33 year young boy who is a dream chaser. From the south of France to Montreal, from Paris to London to LA… he kept chasing his dreams. Vancouver turned out to be the magic land where he has finally started his first novel in the fantasy fiction genre. When Pierre is not writing, he is snapping photos, cooking, and bringing joy to many through his daily grind as a hairstylist. Pierre lives his belief…any form of art is a conduit to express feelings and connect with the world.