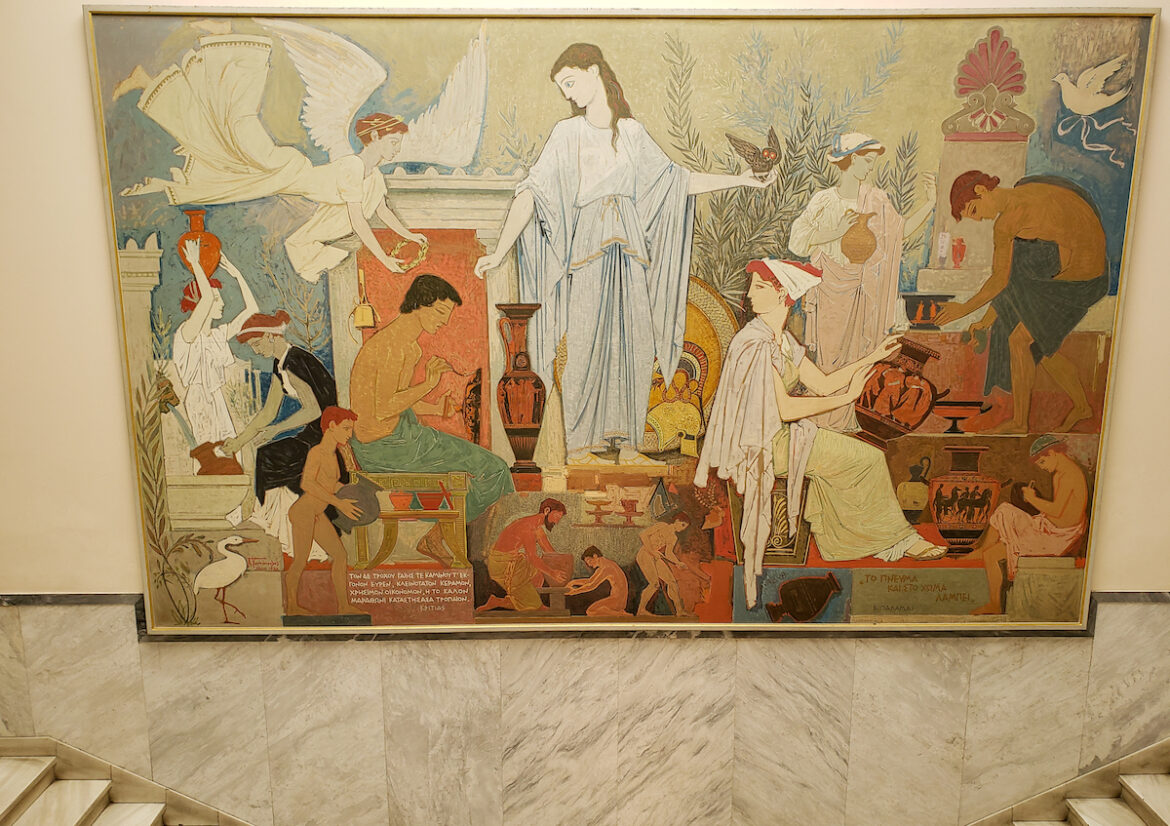 The Women in the National Archaeological Museum, Athens, Greece

Write the world according to her…the women of the National Archaeological Museum in Athens, Greece.

On my last visit to Athens, Greece, I once again, found myself at the National Archaeological Museum, one of my most favourite places to visit.

The National Archaeological Museum, Athens, Greece, houses some of the most important artifacts from a variety of archaeological locations around Greece. It is considered one of the greatest museums in the world, and contains the richest collection of artifacts from Greek antiquity.

The museum was established in 1829 to house and protect antiquities from all over Greece and has operated from its neo-classical home in Athens since 1889. There are over 11,000 exhibits dating as far back as the Neolithic period through to late Antiquity.

With over 11,000 things to see, it can get overwhelming, so, I decided to meander the museum with one mission only…follow the women and their stories. I decided I was not going to look through the lenses of history, instead I was going to walk the length of herstory.

It was an enlightening journey. At the end, I left inspired to write more about us and to record our stories. No matter how small or large they write or paint us, we are each of us important in every aspect of society. I came away with one very clear understanding…no matter what we think, or do not see, we could never be erased from history. Every walk of life, all through the ages at every stage, we were there, and we will always be here.

The Nymphs were goddesses of nature, and daughters of Zeus.
They dwelt near springs in mountains from which rivers flowed, they resided in the woods too. Because of their close connection with the life-giving power of water they were worshipped as the inspiring force (or attendant spirits) of fertility and vegetation. They protected plants and animals, were nurses and “occasionally raised humans”. – Late 5th to 1st c BC

I really loved the perspective of the women in this one above, they are larger than life, the males seem so little in comparison.

Statue of the goddess Themis.
Themis was the daughter of Ouranos and Gaia (the mother of the earth). She was the goddess of justice, and at the Rhamnous she was worshipped in the same temple of Nemesis. – About 300 BC

Portrait statue of the empress Julia Aquilia Severa found at Sparta, Lakonia.
Julia Aquilia was the second and then the fourth and last wife of emperor Elegabalus – AD 221-222

This is a funerary monument where it is clear she died in childbirth.
A young woman, seated on a throne decorated with a sphinx and a ram’s head on the backrest, draws up her himation (an outer garment worn by the ancient Greeks over the left shoulder and under the right) with her right hand. Her left hand rests on the jewellery box on her knees. She is accompanied by three women. The one on the left stoops and tenderly touches her hand, while another in the background holds her newly born baby. At the right is preserved the fragmentary figure of a maidservant, wearing a barbarian sleeved chiton.

The sleeping Maenad, lying on a panther skin spread out on a rocky surface. – AD 117-138
As tough as it got for women, we still had the power of a panther beneath us.

The young woman scholar, wearing a himation and a thin chilton (a form of tunic that fastens at the shoulder, worn by men and women of Ancient Greece), sits on a stool with her left arm, adorned with a bracelet, resting gracefully on a cushion. She is possibly a poet as indicated by the scrolls-book on the small box beneath her seat. With her right hand, she holds out a bird to a nude boy standing in front of her. – Late 4th century BC.

The National Archaeological Museum is possibly one of the most fascinating places to visit. If you are a dreamer, be prepared to spend days at this museum. Each visit to Athens, I look forward to my day, all alone at the museum, walking through history and herstory.

Take a day and visit if you can. Spend a few hours, go for lunch in its gorgeous garden-cafe, and head back in to walk back through time.
Then treat yourself to a brilliant dinner at Simul, gastronomic situ, one of Athens best restaurant.

Going the length for lent...not really fully, but

Hundreds, if not thousands, of kitchen adventures