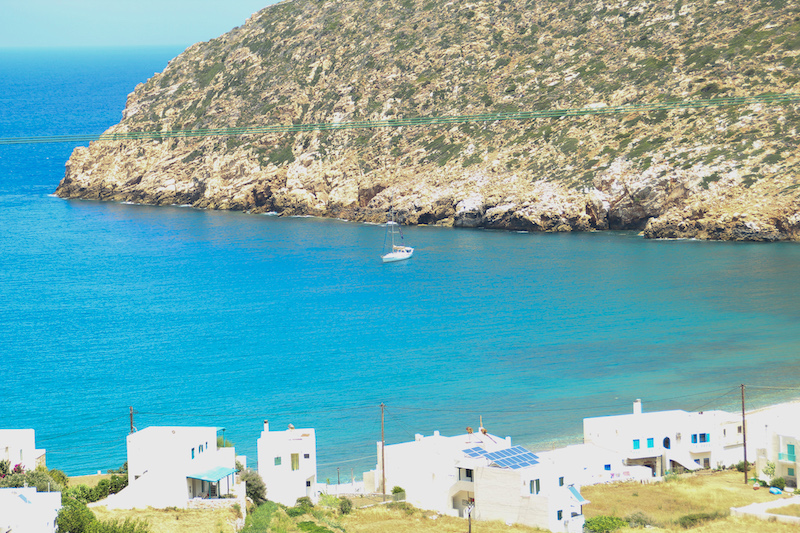 The generosity of the Greek spirit infuses my very soul, propelling me on another chapter of this short, but well-lived, life of mine.

My friend Xenia is your quintessential Greek Stunner. But that is just the first impression of Xenia, when she smiles one feels like the most special person in Greece, when she speaks it is soft spoken words of praise for you. When she talks about the beauty and bounty of Greece she is transformed to the status of an ancient Greek goddess.

Xenia and I met in Vancouver a few years ago, the first time I saw her I thought she was a life-size sculpture, or a model? She wasn’t either. Xenia is a career woman, a mother, and a wife, more than that Xenia represents Greek life.

The family lived in Kitsilano, one of the most iconic neighbourhoods in Vancouver. Their Vancouver home overlooks Kits beach – the trendy show-my-body-off sun tanning beach is a must visit while in Vancouver city.

We were invited to a farewell party being held shortly before their return to Greece. We arrived for the farewell party at 1pm in the afternoon. It was a blue-skied sunny Saturday. The lawns of their temporary home ran down the side of a hill bordered by thick-tall shrubs, a majestic bay tree and well-manicured rose bushes.

A coal fired grill wafted out the rich scents of roasting meats, the fragrant fats sizzling and mingling with the rosemary shrubs growing dark green and lush. Soft strumming guitars and haunting melodies filled the air from hidden speakers.

I ate and ate and could not stop for the entire 12 hours of the party. It was that good. I wanted to bow at Xenia’s feet, my accolades knew no limits. I asked Xenia, “how do you cook like this? I have never tasted Greek food this good.”

With her gentle sunny smile, she replied, “This is not spessial, everybody cook like this in Naxos.”

The violins in my head came to a grinding halt, I fell from my floating cloud of food-nirvana, hard. Crash.

“Whaaat, where is this Naxos, I am going to Naxos.”T

“Under the Tuscan Sun” is nothing compared to “Atop the Naxos Hills”.

The ferry, bigger than a cruise ship, cuts through the sapphire blue Aegean Sea leaving a swathe of silver-emerald highway, a highway leading to a greatness beyond my imagination, maybe a place filled with magic. Maybe right where the sea-highway meets the pale blue heavens there lies a queendom of possibilities.

Cruise ships in Vancouver look like big floating prisons, or like a huge skyscraper fell on its side and decided to float along anyways. A cruise ship will scare up my fear of small spaces like nothing else will.

On the other hand, ferries in Greece are huge in the true sense of the word, and just like the people are magnanimous, so does the ferries appear to be in Greece. These massive blue and white wonders fascinate me, watching the way they come into a port is like watching an intricate sport, one that displays brawn and pirouettes all at once.

A ferry will approach on the horizon at a fast clip, just as it gets into the actual port it will drop the anchor while making a reverse U-turn towards the dock, smooth and sweet as a ballerina’s twirling skirt, the ferry will spin until it slows to a halt, and just like a ballerina it will pause there awaiting its thunderous applause.

I am awed. Meanwhile Greeks are unimpressed in their normal fashion of great expectations met, and found wanting.

Hours of cruising the Aegean Sea, a veritable visual feast of which my gluttony held no limits and we arrive at Naxos port. From the sea, Naxos looks like a fairytale land, mountainous and magical, surrounded by pure turquoise waters.

When it comes to aesthetics, Naxos appeals to my sense of law and order…in order to be wild and free. Dazzling whitewashed stone houses march up hills and cling to mountainsides, while other stone houses seem to march right down again to sandy beaches. The soft come-hither fragrance of the oleander shrubs draws me to its shade. Beneath the branches’ cooling embrace the intoxicating scents of the island mingle with the sweet perfume of the pink oleanders.

The symmetry of the white houses , strategic, functional, artistic, leaves an indelible impression. The blue-blue sky stretches away far into the heavens, like an enormous canvas waiting to be painted upon. The sky, clean and pure meets the horizon of the lit-from-beneath ink blue sea. Closer to shore, pale green waves the colour of a cat’s eyes, playfully tease the edges of white sandy beaches.

Greeks eat like the gods of yore. Every meal is meant to celebrate the moment, the fleeting moment of right now.

Greek tables in Naxos cannot be described as “laden with food”, or “groaning with food”. Here is what will greet you at a gathering.

Plates of tiny pastries, platters of cheeses, whole loaves sliced halfway through, with oregano and earth-green olive oil glistening atop the offerings making little rivulets begging to be mopped up.

And of course, the plates of creamy white feta strategically placed on the tablecloth, like the final touches of an ancient Greece masterpiece.

Bites and tastes of the dishes are interspersed by drinking tiny glasses of raki, tsipouro, and ouzo.

Beer flows, wine pours, magical appearances of more, and more food. The music kicks up a notch and dancing ensues. At the end of the gathering, feeling good is the result. Drunk on food and living, but never inebriated.

Living the Greek way is an addiction my friends, a glorious opioid of life everyone should try sometime.

Check out these people stories:

Ajung Kim on becoming a documentary-filmmaker

Vancouver’s Chef Han Is a Master of Korean Soul Food

Maria Vive Mare, A Part Of The Naxos Story

Old Greek Men In a Filoti Taverna on...

Going the length for lent...not really fully, but

Hundreds, if not thousands, of kitchen adventures